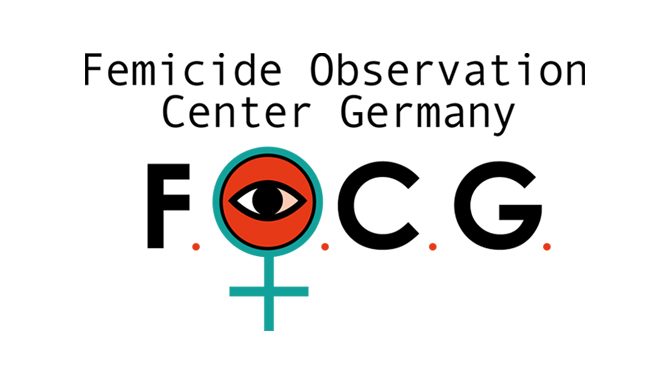 Violence against women has a long tradition in the Federal Republic of Germany and is deeply rooted in society.

All states that have ratified the Council of Europe Convention on preventing and combating violence against women and domestic violence (Istanbul Convention) recognize, in addition to the need for action, that violence against women, „as gender-based violence has a structural character“. So does the Federal Republic of Germany, nationally and internationally legally binding since February 1st, 2018.

In Germany, the Federal Criminal Police Office has been collecting data on gender-based violent crime with the Police Crime Statistics (PCS) since 2015. However, criteria that are necessary for targeted prevention, such as the history of violence or the motivation of the perpetrators/killers, are not recorded and accordingly not analyzed. The PCS is Germany’s only official data collection on violence against women, i.e. all actors involved are dependent on this one evaluation. The PCS is still only presented to the public in November of the following year and is therefore already completely outdated at the time of its publication.

Article 11 of the Istanbul Convention describes the state’s obligation to „collect data and conduct research“ in detail, yet institutions such as the European Institute for Gender Equality (EIGE) or the United Nations (UN) have been asking the Federal Republic of Germany for years in vain for comparable data on violence against women in order to obtain an international overview or to develop cross-border, preventive synergies. In November 2020, i.e. almost three years after the European law came into force in Germany, the federal government stated in response to an official inquiry: „On the basis of police crime statistics, no statements can be made about Femicides.“

Evidence-based data is urgently needed in order to finally be able to combat the serious human rights violations in the form of violence against women, which have been approved for decades, in a causal, targeted and efficient manner.

Since the Federal Republic of Germany meanwhile holds the European negative record for femicides, the Femicide Oberservation Center Germany (F.O.C.G.) is working on these three goals: Research, Education and Awareness. First successes are emerging: Based on a femicide database that maps more than 70 individual criteria, validated statements on gender-specific, German violence against women were published for the first time in 2020 by UN Special Rapporteur on violence against women, its causes and consequences, Dubravka Simonovic: These supplement the rudimentary reality picture of the PCS with a number of relevant findings: From the identification of so-called „red flags“ to the gender aspect in the judiciary. Reliable data and the associated understanding of the nature and extent, or cause and effect, enable the sustainable containment of gender-based violence against girls and women in the long term.

Based on these scientific findings, this is the first time that reliable data on German femicides are visible internationally.

The services of the F.O.C.G. are an eminent contribution to preventive sensitization, to an increasingly precise risk assessment in acute situations, as well as in sum to the improvement of the inner-German (and thus also European) security situation.